80% of displaced individuals lost income due to COVID-19 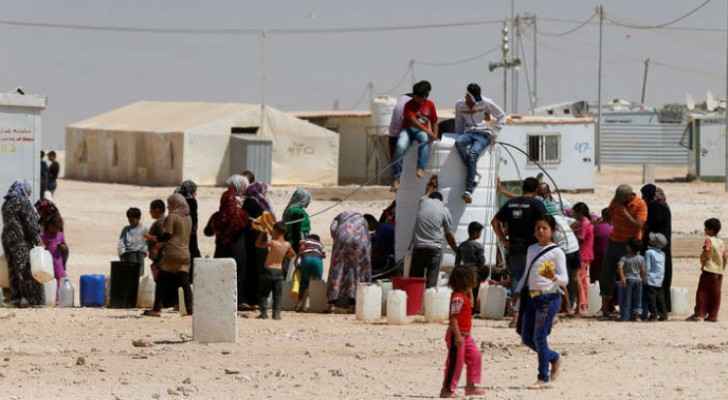 Approximately 80% of displaced individuals lost their source of income due to COVID-19, according to the United Nations High Commissioner for Refugees.

There are 79.5 million people who are currently displaced due to conflict and violence, According to the the United Nations High Commissioner for Refugees.

Approximately 26 million of these people are refugees, nearly 13 million of which are under the age of 18.

The Downward Spiral is a report based on a survey conducted by the Norwegian Refugee Council (NRC) involving 1,400 people affected by displacement and conflict in eight different countries.

The report includes findings based on a series of detailed surveys and need-assessments that span over 14 different countries including Kenya, Libya, Mali, Uganda, Afghanistan, Iraq, Venezuela and Colombia.

Refugees and internally displaced people (IDPs) are some of the most vulnerable people in the world and were already facing difficulties before the pandemic.

According to this report, the results showed:

Seventy-seven percent of people experienced loss of income or jobs since March and 70% of people were forced to cut down on the number of meals in the household since the beginning of the coronavirus crisis.

“Our children haven’t had meat or fruit for months. It breaks my heart as a parent to know I can’t improve their living conditions or provide for their needs. I would sacrifice my life for them, but I can’t give them enough. The financial support we receive barely covers the rent and electricity bills. It’s even harder to afford basic products like rice and oil,” said Syrian refugee Zayno to the NRC, who is currently in Lebanon.

In return, the loss of income has caused difficulties for these individuals to access basic services such as:

Seventy-seven percent of respondents find it difficult, or are unable to pay rent or other housing costs with evictions becoming increasingly common.

Refugees and displaced individuals often live in unacceptable and overcrowded accommodation including inadequate and unhygienic shelter and camps.

In return, this has led people to be at a greater risk of contracting COVID-19 given the inability to effectively social distance and the lack of sanitation facilities.

Seventy-three percent of respondents were unable to send children to school because of the current economic situation and lack of facilities to enforce e-learning or home schooling.

“How can you help a child revise the work if you yourself are not educated or if you can’t afford to hire a teacher to supervise it at home?” said Augustin from Burkina Faso to the NRC.

Seventy-seven percent of respondents were forced to cut medical expenses.

According to the report, donors and financial institutions have responded to the current crisis.

However, the support appears to be insufficient as the UN’s 2020 humanitarian appeals are only 25 per cent funded as of September.

A fully funded humanitarian response will not be able to meet the requirements that are emerging.

“An urgent scale-up in aid is needed, but humanitarian assistance alone cannot fix this” Egeland told the NRC.