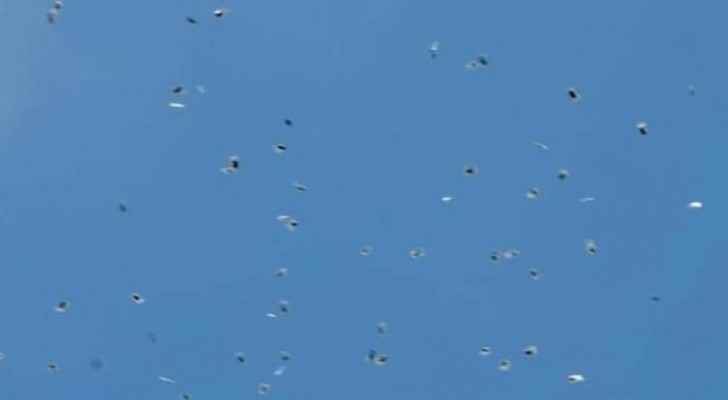 Hundreds of small plastic bags filled with cannabis were dropped over Rabin Square in Tel Aviv using a drone, announced the Israeli occupation police on Thursday.

According to the Jerusalem Post, the cannabis was distributed by the "green drone" Telegram group, which calls for the legalization of marijuana in Israel.

Two people in their thirties were charged and arrested following the incident in Rabin Square.

The official police statement said the drone and dozens of marijuana bags were confiscated following the incident in Rabin Square.

The police pointed out that distributing a narcotic substance using a drone is just as illegal as selling it.

France issues warning to Israel over ....